There are more than 7 thousand languages ​​on earth and about 7 billion people and translate english to french. Each speaks his own, which creates problems for understanding each other. In order to improve communication between peoples, people learn additional languages, some in the process choose translation as their profession. As a result, translation agencies are opened, such organizations can be found in almost all countries and in each, their activities vary. Translation in France has a long tradition in connection with the history of the country and the French language. In the context of globalization and generalization of the English language, France has its own so-called “fortress” called “Academie francaise” – this is a kind of language protection institution that is unique for the country.

However, French translators are faced with a lack of regulation in the industry. There are about 4,000 in-house and 8,000 freelance translators in France. There is no official professional status and no national accreditation for translators (such as accreditation by NAATI in Australia or by the Ministry of Interior and Justice in Venezuela).

French translators are hardly well-paid professionals. On average, consumers of this service pay about EUR 0.12 per word for translation (technical translation). However, the frequency of translation can vary depending on the complexity of the text, the number of words, timing, and some other factors. Interpreters in France mainly work as conference interpreters, interpret into / from three languages, and also use the method of simultaneous interpretation. Their payment ranges from 400 euros per day.

In France, there is the Toubon Act, which aims to protect French linguistic relics, under which all legal documents, advertisements, operating manuals, etc. must be translated into French. This law guarantees a constant volume of translation work for local translators. 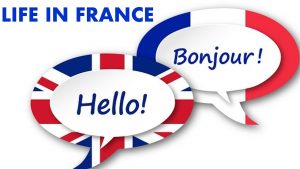 The main translation organization in France is the SFT (French Society of Translators). Nowadays, French translation is in high demand because most companies want to move to the French market.

Below is a list of the most famous translation agencies in France: