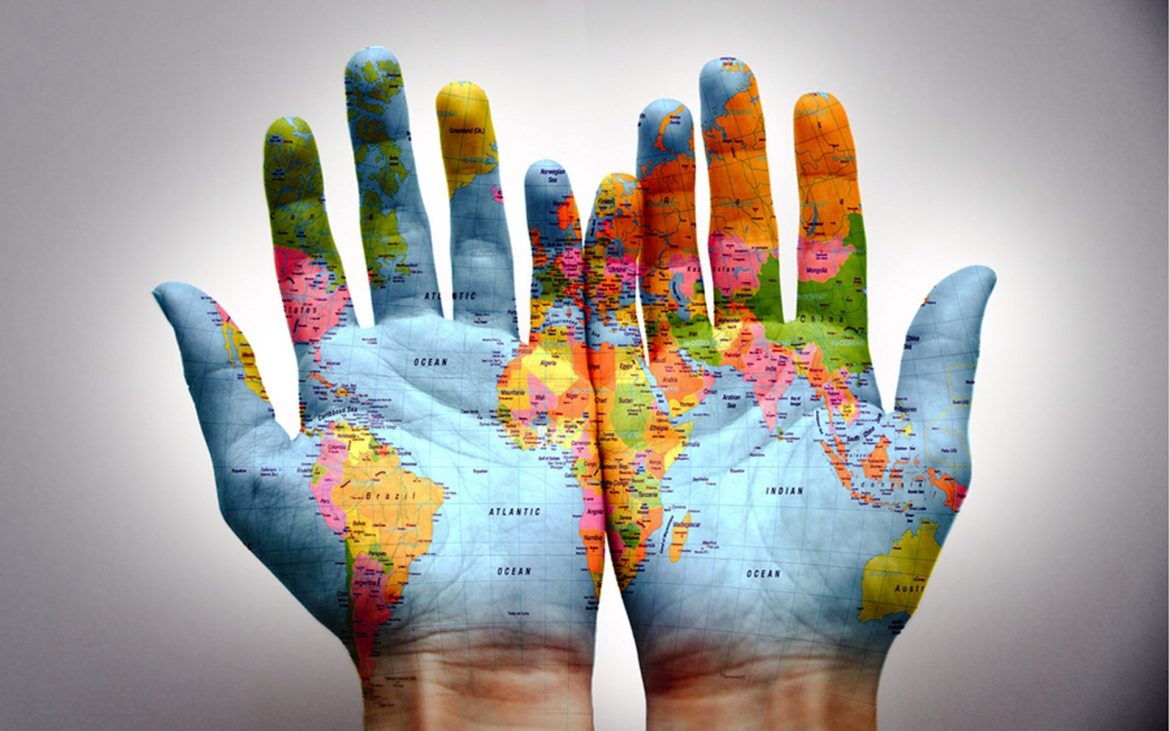 Mark Pagel is an evolutionary biologist who is concerned with the application of mathematical tools to the evolution of language and human culture. Pagel shared interesting facts and his thoughts on the origin and development of this exclusively human trait. Here is some of them:

1. Perhaps language has existed for as long as modern humanity.

There is a lot of discussion on this issue. Some people believe that the language could have appeared only in the last 40,000 – 50,000 years (despite the fact that modern humans appeared more than 100,000 years ago).

However, Pagel cites the example of the Bushmen in order to refute this fact. Genetic studies suggest that they appear to have been the first group to split off from the original population of modern humans about 100,000 years ago – which is the approximate date of our species’ origin. He believes that if both populations of people had a language, then the language must have existed before the separation.

2. Homo erectus has used the same tool for about 40,000 generations because it could handle it just fine without language. 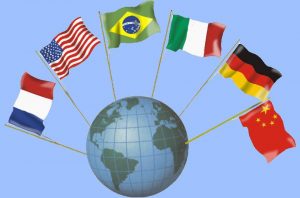 Homo erectus, a species of ancient people that has existed for an extremely long time, has used the stone ax for 40,000 generations. What’s most interesting about this fact, Pagel argues, is the exact opposite of what you would expect from a species that has a language.

3. Without language, we would have to reinvent culture in every generation.

One of the most powerful advantages of the language is that we can use previous designs without reinventing the wheel (figuratively speaking). Pagel gives the following example: a person who comes to a new place and calculates the topography of the area would not be able to communicate his calculations to people who could join him in the future. “You have to re-discover and start from scratch, reinvent the culture that I may have already invented in the previous year,” he says.

4. Language allows us to bargain with each other, which is an extremely important aspect in the development of a good society.

Pagel believes that language developed, at least in part, in such a way that a division of labor could occur, as well as the development of basic social structures. For example, suppose one person is great at making stone axes and another is weaving baskets – if each of them wants to get what the other does, they must determine the value of their products.

5. There are not many sounds in the world that a person can use.

Pagel claims that there are approximately 40-60 sounds in the world that a person can use to communicate (although this fact is controversial and largely depends on how a person defines a particular sound). This is because we all have the same instruments for producing sounds – vocal cords, oral cavity, etc. “If I took children in any part of the world and raised them in my own language, they would use the same sounds as me,” he says.

6. Any language could come from a single “mother tongue”.

A number of studies have been conducted to substantiate this fact by using things like geographic patterns in sounds belonging to different languages. In Pagel’s opinion, it wasn’t worth so much effort to come to the same conclusion.

He believes that the origin of all languages ​​from a single proto-language is the most reasonable explanation, since all people speak, and speak equally well. “Otherwise, we must assume that we are all talking, and, moreover, equally well, due to the fact that the same high complexity of the system has evolved many times, and this is unlikely,” he says.

7. The language really develops quite quickly, but this is not a problem, because in reality you can only talk to someone who is two, maximum three, generations away from you.

One of the most important functions of a language is the exchange of information between generations. But it is also a fact that the language changes quickly enough. However, this is not a big problem. People rarely talk to someone who is more than three generations older or younger than they are.

8. In fact, it takes 500 years for languages ​​to become unrecognizable.

“If two languages ​​are separated from each other by about 500 years,” says Pagel, “they become completely different from each other.” Chaucer wrote the Canterbury Tales about 600 years ago – in English. Here is an excerpt from the original piece:

Amorwe, whan that day bigan to sprynge, Up roos oure Hoost, and was oure aller cok, And gadrede us to gidre alle in a flok, And forth we riden, a litel moore than paas unto the wateryng of Seint Thomas. ”

If you compare this language with modern English, it seems foreign.

9. Today there are approximately 7,000 living languages, and in the entire history of mankind there were about 140,000.

Today there are approximately 7,000 living languages, but approximately 50% of people are native speakers of only 10 of them. Pagel claims that this is only a tiny fraction of all languages ​​that have ever existed.

“You can do some simple calculations and figure out how many languages ​​have existed in human history,” he says. Pagel argues that, depending on when you think people started talking, you can count between 130,000 and 140,000 languages ​​in human history.

10. One day we can return to the fact that all of humanity will speak the same language.

“I argue that, as one of the principles of evolution, it is inevitable that at some point in time in the future we will have a single world language,” says Pagel. According to UNESCO estimates, half of the languages ​​that are used today could become dead before the end of the century.

11. Most likely, we will never know the path of development of most languages. 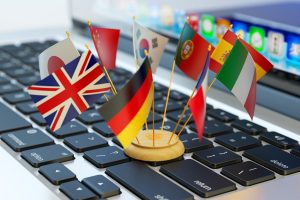 Pagel believes that it will be difficult, if not impossible, to really learn anything about the relationship between languages ​​over 10,000 years ago. While we may classify languages ​​(for example, into groups such as the Indo-European language family), the relationship and history that led to the emergence of such groups is “an issue that is likely to elude our understanding.” This is similar to looking at the top of an evolutionary tree when 90% of that tree is hidden from you.

12. We can use genetic information to uncover invisible parts of the evolutionary tree.

As the determination of the sequence of the human genome becomes more and more simple, Pagel states: “Probably, in 10-20 years we will be able to reconstruct a very accurate picture of the population of the world with people. “This will help fill in some of the gaps in the understanding of the language, since in ancient times there was no way that the language could be transmitted over long distances.

13. The sad fact is that, most likely, we will never know what our first word was.

According to Pagel, this question is nothing more than the subject of “cheerful discourse at the dinner table.” One of the directions of the train of thought may be that this word should be associated with the relationship between parents and children, because we are so “hopelessly dependent” on our parents in childhood. Another direction, according to Pagel, may be that the first word could be a simple hail to attract the attention of another person. “Imagine that you and I are hunting somewhere in the savannah, and now some kind of proto-thought is squeezing into your brain that we need to kill a wildebeest that grazes over there. You want to get my attention and you publish something like “Uh-uh-uh”. This was probably the first word. And it means “Hey you!”

In any of the options, Pagel is sure that the first words were social in nature. “The first word could not have an abstract character and denote anything concerning the soul or the space-time continuum,” he says.

From all these interesting facts about language, one conclusion can be drawn: language brings people closer, just like 100,000 years ago.