Big Bill Neigi has always been something of a local legend with translate sunda. Born in the Eastern Alligator River region of the Northern Australian Territories, he was brought up in the traditional Aboriginal way. His family’s territory was in Kakadu National Park. Big Bill Neidze learned to hunt from his father and grandfather. 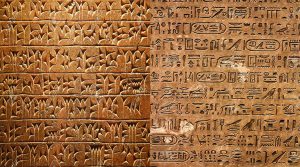 He was known for his strength and endurance, as well as his devotion to the cause of the Australian Aborigines. In addition, he made every effort to preserve his culture.
Interestingly, in Gagudju, as in most local Australian languages, it was taboo to discuss traditional secrets passed down from generation to generation with strangers. Actually, the language itself was not possible to convey, based on these taboos. When Big Bill Neige felt his end, he was faced with a dilemma: break the taboo or let his culture disappear entirely. He decided to break the taboos and shared his wisdom with the chosen people.